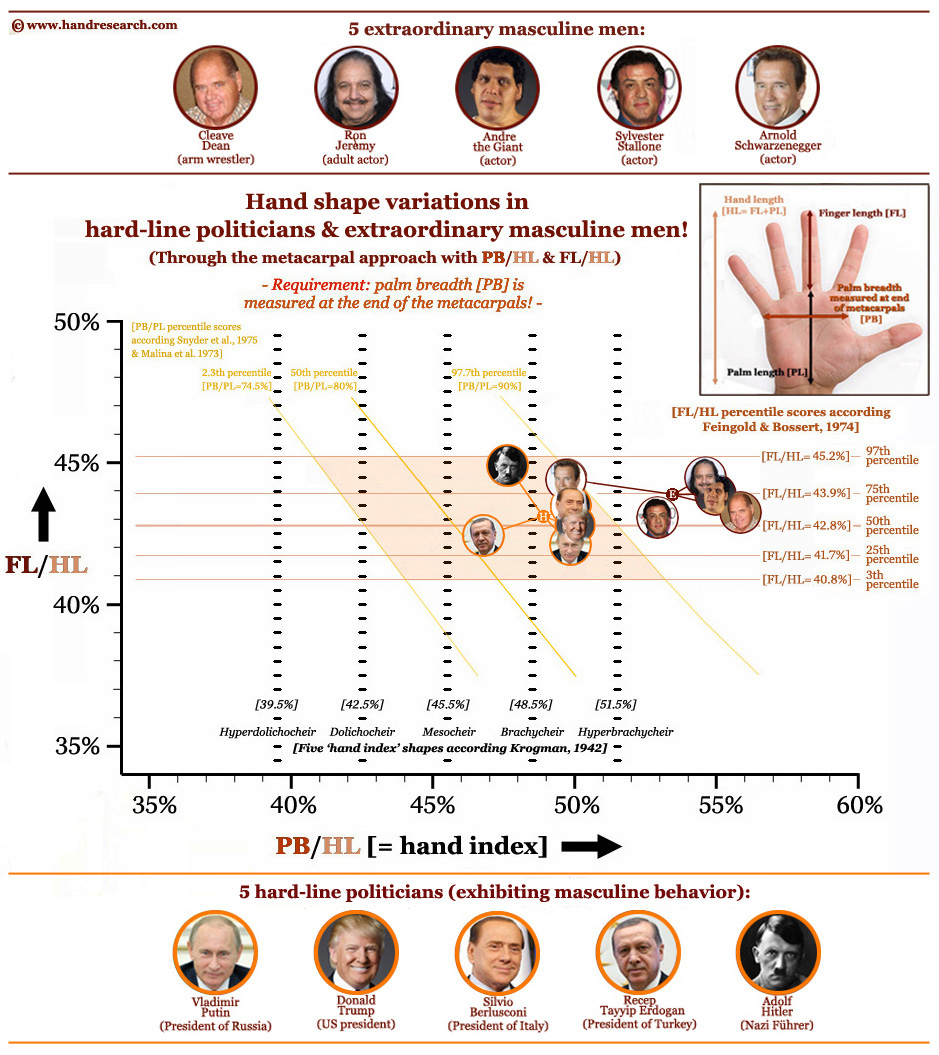 Masculinity concerns a social construct involving a set of attributes, behaviors and roles that generally get associated with boys and men - however, males and females can exhibit masculine traits and behavior. Examples of typical masculine personality traits are: courage, independence and assertiveness; however, a wide range of physical characteristics also gets associated with masculinity, such as for example: muscularity, heigth, broad shoulders, strength and endurance.
Technically, masculinity should get discriminated from the so-called 'macho' (machismo), where an overemphasis on masculinity and power typically gets combined with a disregard for consequences and responsibility. This article presents a study focussed on the hand shape in some very well-known masculine men around from around the world!

The study e.g. involves hand shape comparison has been made between two small 'masculine' groups: 5 extraordinary masculine performers and 5 hard-line politicians. All 10 individuals have broad hands (see picture above), and all 10 individuals have a M-F hand factor score that is typical for males and well below the international male average (e.g. see picture at the bottom of this article).

These are the top 10 hand features most significant for the 10 masculine men (avg. score: 67%): 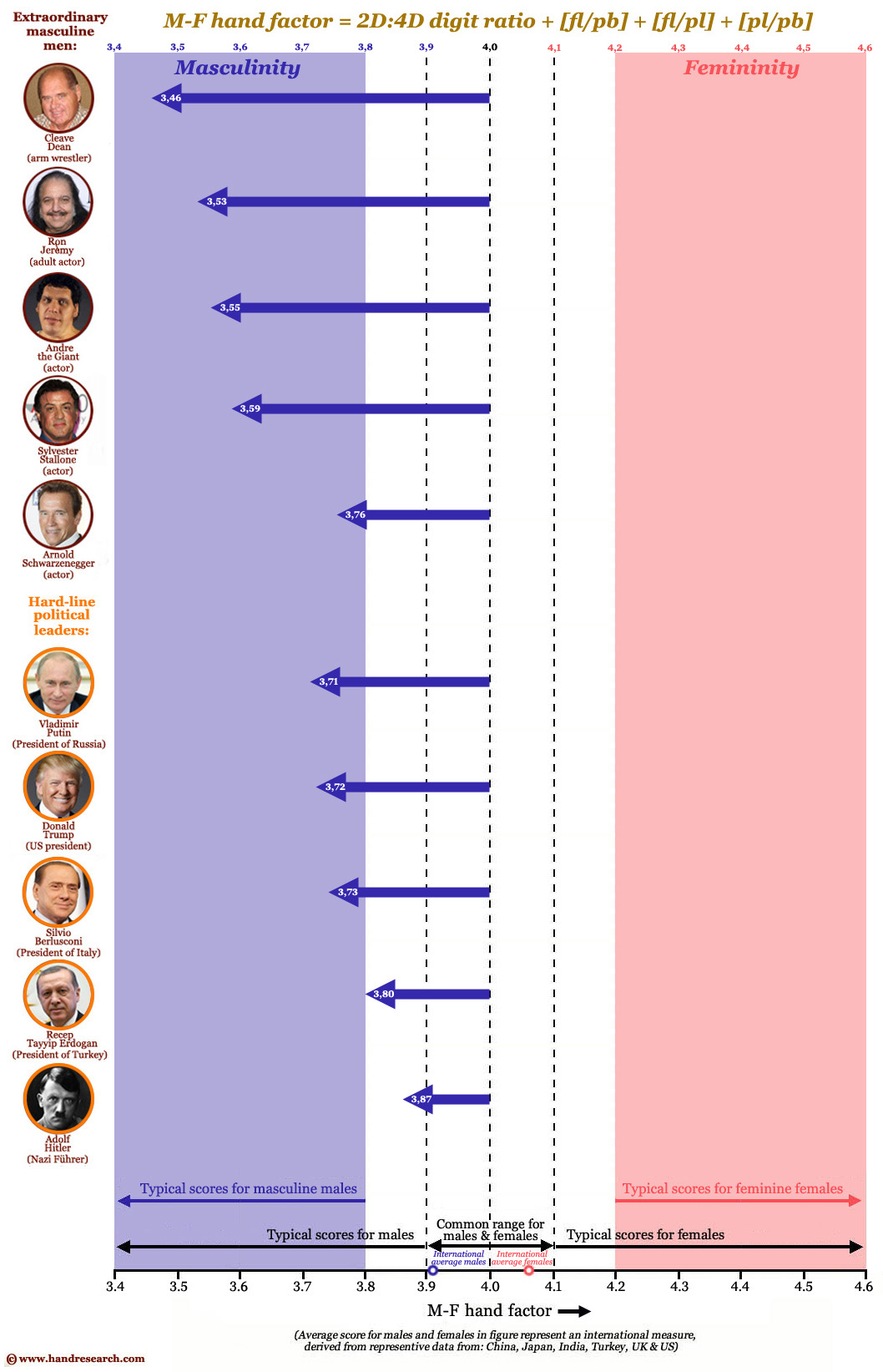 Discover more about the M-F factor in your hands:

- Find the MASCULINITY-FEMININITY factor in your hands in 3 steps! - 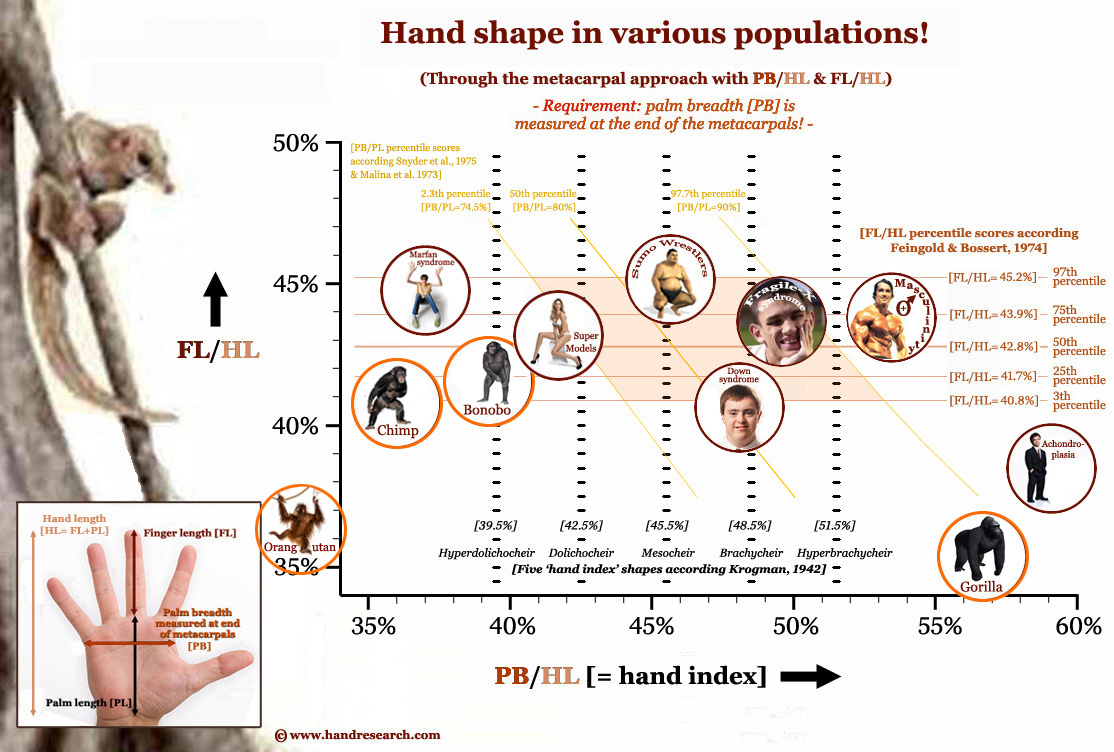 The hands of 10 US presidents &
their 10 most common hand signs! 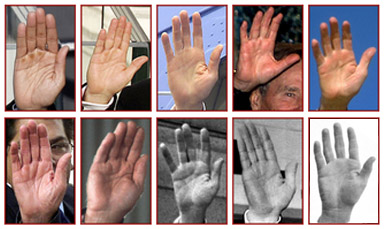