By David Carp, The Martlet (University of Victoria) 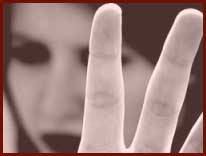 VICTORIA - When most of us study sports, we do so from our couch with a remote control in hand. Some enthusiastic researchers go a little more in depth. Here's the latest in sports research from around the world.

Look at your 2D:4D fingers ratio: if your ring finger is longer than your index finger, you might have what it takes to be a superstar athlete. That's the message of a study by two researchers from England's Durham University, published in the August edition of the Journal of Personality.

The researchers examined the digit ratio - the length of the second finger compared to the fourth finger - and its effect on athletic success. Scientists believe the digit ratio is affected by the amount of testosterone a person is exposed to before birth.
The researchers examined 155 British athletes who played university rugby, soccer or basketball. They found that their digit ratio was correlated to the level at which they played sports, for both women and men.

They suggested that people with low digit ratios, and thus high prenatal testosterone levels, may get less tired when they exercise and enjoy sports more as a result. "The sporting benefits of a low digit ratio may be as much in the body as in the mind," they concluded.

The summary of the scientific publication reports the following:

Sporting achievement: what is the contribution of digit ratio?Tester N, Campbell A.

Second-to-fourth digit ratio, a marker for prenatal testosterone levels, has been shown to be associated with sporting achievement in men. It is unclear, however, whether digit ratio makes a contribution over and above salient personality variables. The present study, which included female participants, measured four personality traits and one cognitive ability (mental rotation) that have been linked to both sports achievement and sex. The significant relationship between digit ratio and sporting achievement was nearly identical in women and men. A multiple regression showed that when significant correlates of sporting ability (weight, height, years playing, hours per week training, social potency, and mental rotation) were entered first, the contribution of digit ratio remained highly significant. We suggest that physiological as well as psychological factors may be an important avenue for future study. 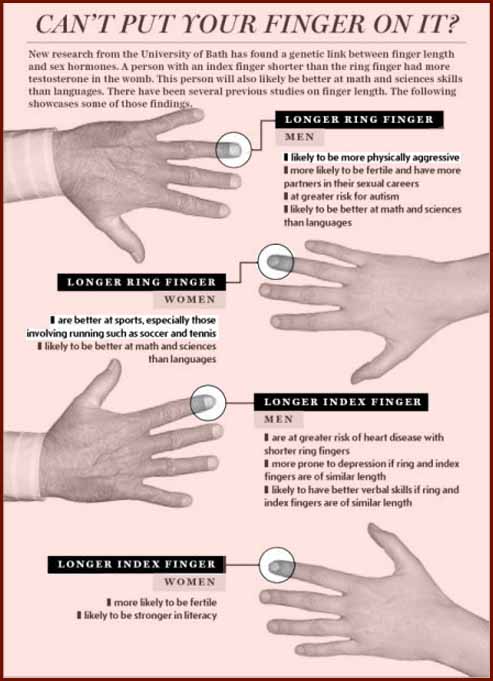