You may have thought it was simply a matter of being able to grip and control the ball better, but according to researchers at the University of Alberta and the University of California-Riverside, individuals with longer fingers are more inclined to voluntarily participate in intense physical exertion. 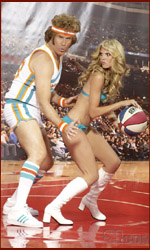 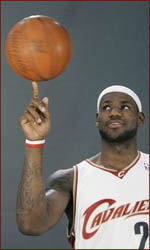 The good news: This means that if you absolutely detest exercising, it may not be due to laziness or lack of willpower; it might be that you're just . . . short-handed. The bad news: Although the researchers believe their findings are applicable to humans, the study actually involved 1,000 white mice. And you probably weren't even aware that mice had fingers.

Physician, heal thyself. Oh, um, I guess you are.

The men in white aren't perfect specimens, mind you - 44 percent are overweight and 6 percent are obese - but that's considerably leaner than the general public, 65 percent of whom are overweight, and fully 32 percent obese. Yours truly has no idea why the Harvard Physicians' study did not include female M.D.s, but simple cowardice comes to mind.

It seems that there are a veritable rash of books being published these days that include the words ''diet' and 'detox' in their titles, and they seem to be selling quite nicely, despite the fact that most health experts reject the whole 'detox' premise - that your body is absolutely awash with hazardous chemicals and vile substances and desperately needs to be 'cleansed,' another particularly frequent word in this genre.

One of the elements of this cleansing in a number of the detox diets is the enema, an unsavory, uncomfortable, and generally unhelpful procedure that threatens to become a cottage industry, with an amazing 5,000 colonic hydrotherapy centers nationwide, providing the service to a breathtaking three million American enema fanciers.

To hopefully stem this unappetizing trend, some facts:

• Despite the claims of hucksters, there is no serious evidence that the human body needs detoxifying, by enema or any other means.
• Detox diets can result in malnutrition and dehydration and cause dizziness and irritability.
• Most M.D.s caution against colonics, which can leave the recipient either infected or injured or both.
• Other than flushing out that which was heading out of the body anyway, enemas will have a negligible effect on body weight compared to, say, ten minutes or so on the treadmill. And the treadmill, however tedious, is considerably more pleasant.