New fingerprint research from scientists in Moscow, Russia, indicates that in the future fingerprints might become a helpful tool for choosing the right job! The Russian researchers claim to have found evidence that some psychophysical parameters can be defined by means of fingerprints with an accuracy of 80% up to 90%. 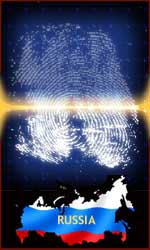 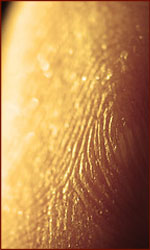 While the details reported by scientists from the Moscow State Technical University, are still unknown - the information available so far from 2 sources is reported in the continuation of this article. And beyond the hand research from Russia, an overview is presented of earlier human hand research reports that revealed a link between the fingerprints & personality: 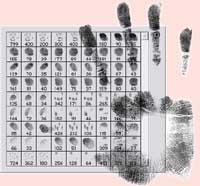 Scientists from Moscow found an interesting link between psychological patterns of a personality and fingerprints. This link gives unbiased characteristics for various abilities of a certain human being.

For this purpose, researchers collected two databases: first - for fingerprints, and second - for psychophysical parameters, described by traditional methods.

While processing data, scientists paid attention at strong links between fingerprint phenotype and psychological portrait of a certain person. Various psychological characteristics have their own papillary pattern. Some psychophysical parameters can be defined by means of fingerprints with 80%-90% accuracy.

Translation of the report at the Russian 'Science & Technology' (S&T):
Fingerprints will help choose profession

Moscow scientists have revealed an interesting pattern: psychological characteristics of individuals and the papillary patterns on their palms have a steady relationship!

Accoring scientists from Moscow State Technical University, this might allows you to judge objectively the abilities and inclinations of individuals - which is especially important, for example, when choosing a profession.

Bauman, the world famous 'baumanki', has developed devices to determine the psychological characteristics of man. In the new approach - not the traditional individual testing (answer the questions, draw pictures, etc.) - it is easier to say and study the dermatoglyphic parameters - the papillary patterns on the finger tips and palms.

Over the years various studies have pointed out that certain aspects of human psychology & personality appear to be correlated with the fingerprints & hand dermatoglyphics.

Fingerprints & psychological patterns of personality: an overview of some earlier published scientific studies:

Related sources:
The function of the hand: dermatoglyphics, fingerprints, creases, lines & nails
The 4th IBMBS Conference takes place in October 2009!
Fingerprints reveal more
How fingerprinting works
Dermatoglyphics: a review
PsychoDiagnostic Chirology
Palmistry: a science in process
What our fingers can tell us
Palmistry from Russia: 'the line of influence'!
Fingerprints & Psychological Patterns of Personality