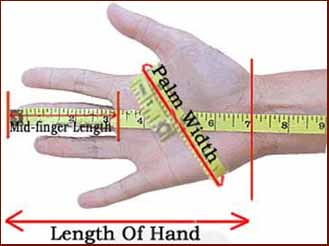 Sex difference in 2D:46 digit ratio was studied in 386 right-handed students. The lengths of index (2D) and ring (4D) fingers were measured using a caliper. Height and weight of participants were recorded.

The results suggest that height of adults reflecting prenatal hormone status may play a role in differences between men and women in 2D:4D digit ratio for right-handers.

'Finger Guru' John T. Manning presented in his first book 'Digit Ratio' an overview of data related to the 'digit ratio' in 10 populations from Poland, Spain, Hungary, Hungary gypsy, Germany, India, Zulu (South-Africa), Finland & Jamaica. This data (Manning, Barley, et al.; 2000) points out that e.g. in Spanish & British people (both populations for both men and women) a significant HIGHER '2D:4D digit ratio' (the ratio between the index- and ring finger) was found, compared to for example the finger ratio in Finish & German people (again in both populations for both men and women).

Interestingly, especially Spanish people, and in a lesser degree British people as well, are known for their (relatively) short body height - while Germans & Fins are known for their moderelately longer body height (compared to the Spanish & British): see the figure below. This implicates that there appears to be a strong link between the Turkish study which was published in 2008, and the earlier population evidence presented by John T. Manning!!


Related sources:
Height, weight, digit ratio (2D:4D) and sex differences
The Finger Book
What our fingers can tell us
What they say about men with long ring fingers
Giving Science the Finger
Double Digits
Talk to the Hand